Juliette Barnes, we think you’re on to something!

In tonight’s episode of Nashville Juliette Barnes decided to skip the adult conversation attempts with Avery and just texted him the essentials: “I’m pregnant. It’s yours”. Not very subtle, we know, but hey, it is Juliette Barnes we’re talking about here and it’s not our place to judge (well, maybe it is but we don’t because we love her).

At least she didn’t keep it a secret, right? We sure wouldn’t want another Nashville ‘Babygate’ since, if we’re being honest, we have enough problems with the current one and we’re not sure our heart can take another one….sigh (and thinking “Love you too sweet girl” while fighting the urge to cry).

One (scary) thought that comes to mind while watching this exploration of telegraphic communication is the fact that if we consider the (very) limited communication skills of most (all) of the characters than maybe a text message is not such a bad idea. In fact, its actually quite brilliant! Concise, direct and with far less opportunities for them to mess it up! 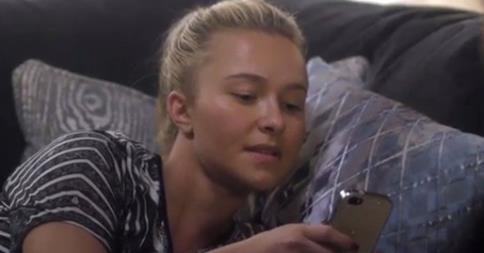 Let us give you some examples:

Layla: Let’s get a divorce

See???? No cameras to complicate things and ruin their chances of coming up with an explanation that will release them from their contract. So much better….of course, if Will would have had the courage to text it to Layla in the first place  instead of going up to her hotel room and hooking up with her this whole thing could’ve been avoided…but hey, you can’t win them all.

Luke: I want to be your ball and chains.

Rayna: It’s a creepy and quite disturbing one. The weeding is off.

Sometimes you just really need to SEE the words in front of you and actually READ them instead of getting carried away with all the glitz and glamour. Then, the truth just comes to you. It’s really quite simple.

Naturally, a text correspondence like this will eventually lead to this:

Rayna: I broke up with Luke. I love you. That’s just never not been true.

But it’s only the tip of the iceberg because this method can help so many helpless Nashvillians. So many problems could have been avoided. Romantic problems, label issues, creative differences…so much!

Maybe even the accident could’ve been avoided…hmmm, no ha? Ok, but everything else.