This is my review of some of the main events that took place during Nashville winter finale, but it’s only the introduction for Nashville Forever’s (very fun) special characters reviews  series that was written mostly by fans (and partially by me) and will be launched here tomorrow. This series of articles will hopefully will give us all plenty to talk about during the long winter break until February 4 (and god knows, that after this finale we sure need the distraction) and also will give each main character the proper attention it deserve. So stay tuned.

In the meantime. To get us started here are some thoughts about the state of Nashville’s finest during Nashville – Episode 3.10 – ‘First to Get a Second Chance’:

I can’t make you a casualty of my life”-Rayna

Well, we’re glad you finally reached this conclusion, Rayna but sadly it didn’t prevent from Luke to still become is some way a casualty of your life and for some other characters to be casualties of life as well (although that’s really not your fault).

At the beginning of Nashville season 3, I suggested that the theme of season 3 is embracing one’s destiny as opposed to season 2 that was survival. I said that each character has its own journey and that the results of each one of them will be determined according to the level of acceptance and ability to embrace one’s destiny.

Related: Nashville 3.01 ‘That’s Me Without You’ Review: When Destiny Comes Knocking

Now, that we reached the middle of the season it’s time to go back and see what (if anything) has changed. We’ll see who listened and managed to escape the curse of the gods, who didn’t and made things worse…and who seemingly did everything right but still got screwed because, well, life isn’t fair.

Scarlett/Gunnar/Avery – This season started with a road trip that took them far from home. Scarlett escaped everything, Avery escaped Juliette and Gunnar didn’t escape anything. He just fought for the people he loves, as always, in his attempt to put down roots.

When we meet them during the season finale, Scarlett no longer escapes her life, Avery no longer escape Juliette (quite the opposite) and Gunnar still fight for the people he loves in an attempt to put down roots.

Scarlett – During the first half of the season, Scarlett tried to rebuild her life and this time, in her own terms. Eventually it brought back all the questions she avoided before about being an artist and a performer but also as being someone who tend to please others since its all part of her inherited personality and destiny. As for the artistic aspect, it seems that she found the right balance between writing alone (or with random co-writers) and performing with friends and people she loves. Now, that her uncle is sick and Gunnar is in trouble, what’s remain to see is whether she also learned to balance her personal life as well.

Avery – Escaping love and its consequences is escaping destiny (we’ll get to you soon, Rayna!!) and Avery sure struggled but he did it admirably (although drunk Avery at Zoey’s farewell party wasn’t one of his finest moments) because whatever he did he was all in: In his pain, anger, confusion, commitment and love. At the end of the winter finale Avery has come full circle with the man he was in the beginning of season 1: From a man who let his ambition gets the better of him and lose love and respect on the way to a man who let love and respect be his ambition and is rewarded for it . Now, a new chapter opens and we’ll see what destiny has in store for him because now that he focused so much on his love life, it’s only logical to assume that his other love-music, will challenge him in new ways.

Related: Fans Write about Nashville: Favorite ‘Nashville Season 3’ Moments So Far- I Need to Nothing You

Gunnar – Sometimes the way to miss your destiny is to chase it too hard and that’s what’s happening to Gunnar. He wanted to be a successful songwriter and performer and as it turns out, his success as a performer is depended on his partners (first Scarlett, then Zoey and Avery and now Scarlett and Avery) and his success as a songwriter led him to do what he secretly wanted to do most of all – put down roots and that made him miss out on other opportunities in his career that FINALLY arrived.

During the first half of the season we saw Gunnar act from the void in his heart and that’s the fact he’s an orphan who’s still grieving over his brother. And even here, the more he chase it, the more things are slipping away. Zoey left after feeling suffocated and now his new family.

Why that happens? Maybe it’s because destiny has a wicked sense of humor and a strong sense of irony. But also because when you act out of fear of losing and being left with nothing, everything gets messed up. In order to embrace his destiny, Gunnar will have to confront this void and pain and stop trying too hard to avoid it. Only then, what need to come –will come and maybe, this time – it won’t slip away. 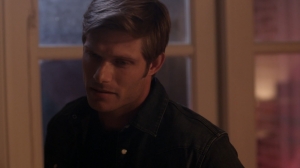 since one step further inside the closet and he’ll find himself in Narnia.

When we met him in the beginning of this season we knew his journey is just getting started because telling the truth to yourself and those closest to you is the first step but not the last and final one. Sadly, Will didn’t so. For him, this was as far as he could go so he remained a prisoner of his own fear. The problem is, of course, he wasn’t alone so.

The situation between Will and Layla reminds me of Oscar Wilde’s ‘The Portrait of Dorian Grey’. There, the young but immoral Dorian Grey wanted to play with the dark side without paying a price on corrupting his soul. What he chose to do is make a deal with the devil to keep his youthful and beautiful appearance so that he’ll appear young and pure while his portrait on the wall will reflect his real self. Here, Will chose to keep his image in a certain way and made Layla his portrait. His secrets, his inner struggle and fear affected her and eventually hurt her. Her face in the pool are actually his face – the face of a man dead inside. Now, what remains to see is whether, the severity of the situation will make Will take another step in shedding his false mask, take responsibly, let Layla go and by that allow her to be beautiful again and for him to have only one face, one real identity and one full and good life.

Juliette – If I have to choose one line that shows how far has Juliette come since the beginning of the season (and series, come to think about it) until now, it will be her asking Avery, what do you want to do? After he told her their friendly arrangement doesn’t work.

At the beginning of the season I said that “If there’s one character that finds the concept of embracing destiny as foreign it’s Juliette. Acceptance is just ain’t her color. She doesn’t know how to let go, accept the consequences for her actions and let nature take its course. But now it’s her greatest challenge.

And boy, did she rise to the occasion. Yes as usual, it was involved with lots of kicking and screaming, a difficulty with listening and not make it ALL about her and even a little bit of stalking but at the end, she learned to accept what’s beyond her control and just let go. So when Avery said it doesn’t work, she didn’t beg or try to hold on, or jump to early conclusions like she did before. No, she had enough inner strength and maturity to stand there and simply ask and wait for his reply. She was rewarded by a good surprise for a change, and she sure does deserve it.

Deacon – I can say that this season hasn’t been easy for Deacon, but has it ever been easy??

Deacon’s challenge was to carry his regrets with pride, accept that what’s done is done, let go of the past and embrace life and by that his destiny so he’ll finally have a chance of a good life.

This journey is not done yet.

To Deacon’s defense I’ll say that he really tried and with much better success than before but the liver cancer is an entirely new challenge for him because it also forces Deacon to confront the darkest places in his soul and the worst things he thinks about himself.

Deacon now has to make a decision. He can either surrender to his inner belief that it’s a karmic punishment and by that get stripped from his own willpower and his inner strength. Or, accept the fact that even if there’s karma, it doesn’t mean anything because, to put it plainly ‘Shit happens’ and it doesn’t have to always lead to an existential crisis. Instead he needs to gather all his strength and fight. Why? Because he deserve to live and be happy just like anyone else even if he didn’t “earn it”.

Once he make the right choice, I believe it will change his life in more ways than one because once he focus all his energy on recovery, he won’t have any energy left to keep holding on to the past and that will set him free and open a door for a truly better life and of course, love.

Rayna –In the beginning of the season, I said that the price Rayna will pay may be the highest because she chose to go against her destiny by moving only forward and consequently ignoring some fundamental undeniable truths about who she is. Her love for Deacon and their unique bond is part of it, but not all of it.

Now, in many ways Rayna’s journey is opposite to Deacon’s. If he needs to let go of the past, she needs to reconnect with her past or more accurately, with her roots and stop running away. I believe that their journeys from the two opposite poles will lead them to meet in the middle.

The look on Rayna’s face at the final shot of the episode showed us she’s on the right track now. She looked relieved and almost peaceful.

We’ll talk more about Rayna’s decision and what led to it but for now will just say that Rayna is a character who is always on a journey. We can see if just by the amount of times we see her drive on the show. If Juliette is often in front of the mirror because her challenge is image, then restless Rayna is often driving since her challenge is to navigate and find the right path for her.

She began the season with traveling with her consciousness to the past. That led herinto a decision that will take her away from it a hopefully will carry her into a better future, but it led her back to where she was, on worse terms. Now, all that’s left for her to do is be present, follow her heart and…just drive.

And this is only the beginning. Follow us for more. MUCH more.