We all watch Nashville for various reasons. One of those reasons is the very complex characters.

After discussing and defending the two men that almost married Rayna Jaymes – Deacon Claybourne and Luke Wheeler, in our previous ‘Characters Defense’ articles, it’s time to look at the third man in Rayna’s life, who is also the only one that actually did marry her and raised a family with her –  Nashville’s mayor:Teddy Conrad. 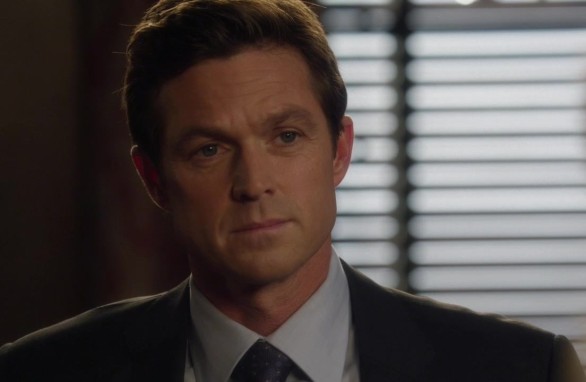 Teddy had an ungrateful role in Rayna’s life and in the Nashville universe since day one. He was married to Rayna but it

was pretty clear he is not the love of her life and since these marriage dissolved he sure had the worse luck in love. Moreover, despite the fact his ex and his daughters are musical he himself became the mayor of music city,  Teddy is not a musician. All of that combined leaves him an outsider. This role would’ve turned him into a very unlikable character but even if it started off like that for some of us, that’s not the case.

Why? Shuntesha N Harris think’s it’s because Teddy naturally knows to do something that so many struggle with and that’s how to love. Teddy is driven by his need for love and affirmation and stands by the people he loves. Ironically, sometimes it leads him to make (very) bad decisions but we, the viewers, know his heart is in the right place.

“When I think of Teddy, says Shuntesha, the first thing I always want to do is shake my head because it’s pretty safe to say that Teddy Conrad has gotten the short end of the stick since the very first episode and after two and a half seasons he’s still struggling not to be the one that’s always being left out.”

Teddy married a woman, Rayna Jaymes, whose heart (as he knew from day one) belonged to someone else and was broken into a million little pieces by that same man. A woman who “cried herself to sleep” over the man she loved and to make things even worse – carried that man’s child.

Most men and let’s face it, most human beings in general, would have run as far and as fast as they can from this type of situation or at least wouldn’t marry so fast someone who comes with that kind of baggage…but not Teddy. Teddy not only married a woman that to his testimony was already “destroyed” by another men when they met but he even took responsibility for a child that was not his own.

The question is why did he do it? One explanation is a psychological one : Teddy tried desperately not to resemble his father who, as mentioned in the pilot episode, was an alcoholic. There are various ways to cope with something like that and we certainly know how Deacon did for many years, but Teddy is not Deacon. Teddy, who has so many weaknesses managed to escape a destiny of an alcoholic. Instead he turned himself into the opposite – A man “who’s got his life figured out”. Teddy turned himself to the most stable and dependable man he could be and that’s where he gathered his confidence and self-worth from. As long as he could take care of others and be for them probably everything that his dad wasn’t, he felt good about himself.

Song” that he’s afraid she wouldn’t understand and won’t forget him for his mistakes. He knew in his heart it would change the way she looks at him and that it’s  something he can’t risk since their whole relationship were based on each one of them playing a very specific role. She, the superstar that married a regular yet successful guy who’s better than her old boyfriend and he has to be THAT guy. There’s no much room for error in that scenario. That’s also why it was so important for him to run for mayor despite the “Lamar factor”, why he insisted on keep

ing the secret of Maddie’s paternity from her biological and alcoholic father and that’s why even despite his resentment towards Deacon, after the secret was out, he was still mature enough to sit across from him, and put Maddie’s best interest before his own by telling him that Maddie is always going to watch him from now on. One can only imagine that these are the words Teddy would have wanted to say to his own father: That the fact his father didn’t serve as a positive role model doesn’t mean he didn’t watch him and he’s doing everything he can to do a better job at it.

But Shuntesha gives us another explanation.

She says that the answer to this question is much more simple and basic. ”

“Forget the psychology – That’s love people! Teddy is simply a good man; a man who knows how to love right.

He simply fell in love with Rayna all those years ago. He was mesmerized by her so he tried everything he could to keep the woman he loved by his side. He raised a family with her, supported her career and tried to be everything he thought she wanted him to be.

The problem was you can’t keep someone who doesn’t want to be kept and once Teddy saw “the writing on the wall”, as he told Lamar in the hospital when Rayna was in a coma and the latter accused Teddy in the events that led to the car crash.

That said, Teddy is still far from perfect and we know that once his marriage to Rayna fell apart he cheated. But even then, says Shuntesha, “it’s not because he’s a bad man but because he was so hurt by the loss of Rayna that he looked for comfort, for a woman who would give him what his wife didn’t. Teddy was finally needed again, and Peggy Kantor was lonely, needy and sneaky but also head over heels for Teddy.”

In a way, continue Shuntesha,“I wanted to not like Teddy at the beginning of the series but feelin

g sorry for him and liking him went hand in hand. That was until he became Mayor. Then I saw a completely new person. I saw a conniving side, a sad side and then with his divorce and cutting ties with Lamar and Tandy came his independent side as well.

That side certainly didn’t make me feel sorry for him, but did make me feel like he has a lot more to give and that as he said to Rayna after the industry party on episode 1X11, made wrong choices for the right reasons.

After he became single, remarried, became a widow and “lost” his daughters he sent us through the ringer. I felt everything he felt and slowly but surely came to understand him.

He has really grown character wise in this last season. We can see him more relaxed and laid back. It’s almost like he is catching up on the life he missed being “Mr. Rayna Jaymes”. The parties, the woman, (well, call girl), the late nights, and the clear “zero cares given” attitude it’s like a whole new Teddy.

Am I the only one who sees how hurt and lonely Teddy is? I don’t think so since in the winter finale he admitted it himself after confessing to Natasha that he has no one else to talk to about what he’s going through. That is sad. It’s like everyone else’s life is moving forward and none of them include him and he has no idea where he fits. Hopefully in the rest of the season Teddy will find his place and his happiness. He deserve it. I’m rooting for you Teddy!” 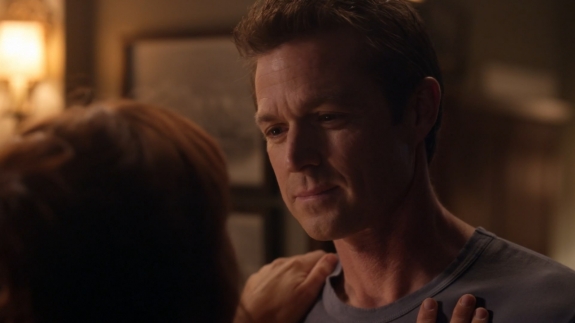