Nashville Gets Us: Will Lexington is ‘On It’

Nashville season 3 will come to an end this Wednesday May 13, 10/9c on ABC and we at Nashville Forever choose to mark the occasion by being a little nostalgic and celebrating the (great!) season that was.

Therefore, as we try to emotionally prepared for the finale and the LONG summer hiatus, we’re posting during this week here as well as on our Facebook and Twitter some of your picks for Nashville season 3 favorite moments (for details click HERE). We also asked some of our favorite contributors to this site during the passing year to choose their favorite moments, the ones that made them look at the screen and say, “This is why I love this show. This is why Nashville gets me”.

Tora chose to write about the moment Will Lexington sang ‘I’m On It’ for the first time. 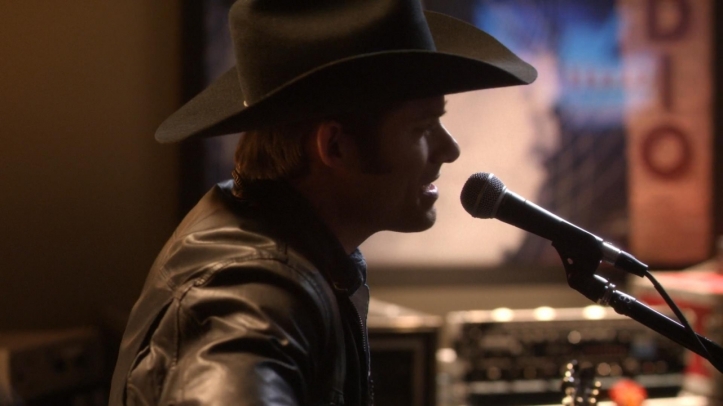 My favorite scene this last half of Nashville season 3 would probably be the one where Rayna slaps Deacon at the end of episode 3.15 “That’s the way love goes”, but I’m not going to write about that one. Instead, I’m going to write about another scene that floored me just as much, only in a completely different way. The scene is the one where Will is debuting his new single, ”I’m On It”, at the radio station just in the beginning of episode 3.14.”Somebody Pick Up My Pieces” (Written by Dana Greenblatt) He totally blew my mind and right there, with this scene, I fell in love with Chris Carmack.

First of all I think it is a fantastic song with a fantastic melody and Chris’ voice just makes it perfect. Then Will Lexington looks so incredibly handsome in this scene, with the jacket, the hat and his guitar. But that’s not all of it – He also seems happier and more comfortable than before.

Related: The Nashville Characters Defense: Will Lexington – Behind A Broken Smile

At this point of the story he has not really admitted to anyone else (except Jeff and Layla of course and in a way, Deacon)

that he is gay, but he has already admitted it to himself and came a long way in accepting it and realizing he can’t really pretend he isn’t. So at that radio station, he looks relaxed and quite at peace, and when the radio show host mentions he was last seen with a cheerleader, he just looks down, maybe embarrassed, and ignores the comment instead of up-playing it in any way.

One thing I love about Nashville is the way they are not afraid to take their time to tell a story properly. I think this makes it very real and relatable.

I relate to situations in my own life where I know things are not the way they should be, but it can still sometimes takes months, or years, before coming to the conclusion that I have to do something about it. The Nashville way of telling stories also makes it so much more rewarding when a story does change its course and the characters are finally taking steps in the right direction.

Related: How a show called Nashville changed my life! (Tora)

On Will’s path there have been many steps on the way, both on the way down to the bottom and on the way up and this scene at the radio station was not pivotal one since he didn’t come to any conclusion because of it or he took a definite step forward. Instead, it was instead just a perfect statement of where he was on his journey in that exact moment. 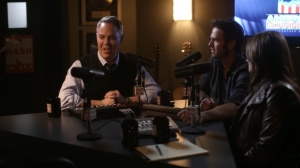 Another thing I liked about the scene was the radio station host. I don’t know if he was an actual radio show host, but it sure felt like it. The guy looked, and sounded like a real radio host (you know, sounding cool, but then not looking that cool) and not like someone who had been cast to play the guy (unlike his co-hosts who looked very much cast). The scene spread authenticity in the air. So to me this scene embodies much of what I love about Nashville.

It has everything- from the insanely perfect music, the authenticity of the scenery, the hunky actors of course and the fact that Nashville allows the stories to take time to tell, that you get to follow the characters taking small steps forwards (and sometimes more than a few steps back) while they keep treadling their ways forward.