Sometimes a hair is just hair and sometime it’s a metaphor for more. The women of ABC’s Nashville had a year full of hair issues that reflects the different stages and challenges in their lives and their characters’ lives. Now that the year 2015 is coming to an end let’s look at it and see what we can learn from it for an even better 2016.

The year 2015 is about to end and 2016 to being. It’s out with the old and in with the new. I love transitional moments, where a sense of an ending is followed by an opportunity for a fresh start. It fills me with excitement and optimism.

Sometimes these moments can be very scary and even sad because change, even when it’s welcomed and much-needed is not an easy thing to do. The unwillingness or inability to let go; the helplessness that comes from not knowing how exactly to initiate a successful change and the nerve-wrecking wait in a world of uncertainty for things to change can be hard and overwhelming.

This year, when I started thinking about change and Nashville and what I wish for you and for myself in 2016, the first thing that popped into my mind was….hair.

I don’t know about you, but for me, when I want to initiate a change in my life or when I feel different and want it to be reflected in my appearance the first thing I change is my hairstyle. Maybe it’s because it’s the easiest thing to change, maybe it’s because it has such a big effect on the way my face looks, maybe it’s because I know it’s reversible and maybe it’s because there are so many stories and myths connected to hair that make me think somewhere in the back of my mind, hair is power and energy.

By the looks of things, I’m not the only one that thinks like that.

The women of Nashville had a big hair year and not just because in Country music more is more.

result of Clare Bowen’s decision to do the same. As you  probably know (and if you don’t read it here) Clare’s decision to say goodbye to her long locks was not a spring of the moment but something she truly wanted and thought about for some time. It was the type of cosmetic changes that unveil a deeper inner change that’s already been made. Clare Bowen was willing to remove a layer in order to reveal an inner truth she was ready to share with the world. It was a beautiful, meaningful act and it’s impossible to stay indifferent and not feel moved by the way she articulated it.

With Scarlett, though, it was slightly different because it was more

spontaneous. Unlike Clare who asked for the production’s permission to change Scarlett’s look, Scarlett didn’t ask or consult with anyone. For her it was also meaningful but in a different way. It was a symbolic act sprung out of grief. She used her grief after the loss of her mother for good and shed some of the sadness and baggage and stepped out back into the world a little lighter, more mature and less conflicted. The grief changed her and she also learned so much, but didn’t want to be stuck and let it weight on her in a way that will prevent her from living her life. She already got her closure so, as she said right because submitting her hair to scissors, she didn’t need it anymore.

And indeed, after that moment we meet a slightly different Scarlett. Maybe she’ll grow her hair back at some point, but this Scarlett truly doesn’t need it anymore. She stopped hiding and pleasing others; she’s confident and clear about who she is and what she wants. The shy, sensitive, poetic young woman who followed her boyfriend to Nashville has come a long way and she finally arrived.

In complete contract there’s Juliette who in a way, lives her life through her image.

For her, changing her hair doesn’t necessarily mean changing her and if it does, like at the beginning of season three when she thought she ruined her career and lost Avery at the same day it doesn’t mean something good.

So for Juliette, her haircut will serve the image she’ll want to show the world, because there isn’t such thing as a Juliette hair – only a ‘Juliette Barnes the superstar hair’. I guess that’s why the last time we saw her, she had her hair was pulled back in a sloppy ponytail as she entered rehab – she has lots of work to do and after that if she’ll want a new haircut to reflect it, that’s great but not as a substitute.

Hayden Panettiere is not Juliette Barnes and unlike her, she put her health and happiness before her image and I applaud her for that (as for many other reasons). Looking at her hair metamorphose over the years, it looks like Hayden is not afraid of changes and even enjoy and welcome them. She seems to be much more playful than Juliette. Short after she left the treatment center for her PPD she posted a photo of her at the hairdresser. I’m just speculating here but from looking at her and knowing my personal experience with depression, I feel  it’s a way to initiate a cosmetic change to hopefully speed the inner healing.

A haircut in a situation like this is not really a change even if it looks like it, but more of another way to remove the layers that prevent you from being happy. By changing your hair you hope to find the missing shine in your eyes so it’s actually a way to look for something stable while being in the eye of a storm.

In any case, Hayden did what she felt was right for her to feel good about herself and that’s wonderful and from the bottom of my heart I wish her and her troubled on-screen character a good, healing and happy year. 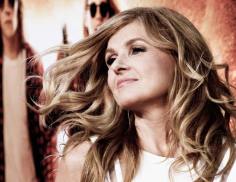 about. The only one that seem to not know what the big deal is about is Connie herself and as she mentioned in a recent interview if she’ll ever get so attached to her hair that she’ll insure it, then it will be a good time to question the state of her mental health.

Rayna Jaymes and Connie seem to have similar attitude towards their hair, which it to see it as a mean to an end and not something meaningful.

Rayna flaunts her hair when she’s on-stage and defiantly enhance its effect just like Connie on the Red Carpet but in her private life she’s more casual with the way she dreses and wears her hair. The way she’s perceived doesn’t throw her off and changes the way she see herself.

That hair philosophy if you will, at least in Connie and Rayna’s case, looks as something to reflect a woman who knows her own value and who she is. Age and experience certainly help in this case, but inner work is essential. Once you have a clear idea of who you are it grounds you and gives you something tangible to lean on – yourself. Getting there is liberating because it frees you from placing your trust and faith in the wrong places and fear change. Then a hair or a dress or a job or most things are just that – things, not mystical forces with power to make you or break you.

So, for the new year, no matter if you’re more a Scarlett, a Juliette a Rayna or someone else entirely in your life’s philosophy and place in  life – just try to worry less, go with the flow and find the right balance for you between initiating change, embracing it and insisting on keeping things just as they are. The more you know yourself the easier it gets and the sky (and beyond) is the limit there. 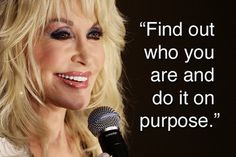 As for your hair, I wish you a year of really great haircuts and if that doesn’t happen – no worries, it will back and it’s really just hair.

Happy New Year everybody and lots of Nashville love!